For a society safe from the effects of radiation

We work proactively and preventively with nuclear safety, radiation protection and nuclear non-proliferation in order to protect people and the environment from the harmful effects of radiation, now and in the future. 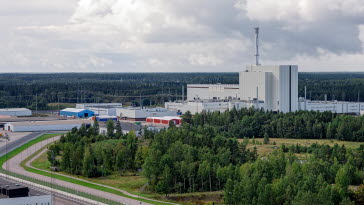 In accordance with the proposal of the Swedish Radiation Safety Authority, the Swedish Government has decided on new emergency planning zones and emergency planning distances for activities involving ionizing radiation. This means that Swedish nuclear power plants will be surrounded by a precautionary action zone (PAZ) and an urgent protective action planning zone (UPZ) as well as an extended planning distance (EPD), extending approximately 5, 25 and 100 kilometres respectively. The changes are important in order to improve the feasibility of implementing effective protective actions in the event of a nuclear accident.

The Swedish Radiation Safety Authority (SSM) has reviewed and recommended the approval of Svensk Kärnbränslehantering AB’s (SKB) application for an extension and continued operation of SFR, a repository for low and intermediate level radioactive waste. The review found that SKB’s construction and operation of the extension can be carried out in a way that is radiologically safe, and that the method of final disposal chosen by SKB is appropriate for achieving post-closure radiation safety. On 22 October 2019, SSM, in its capacity as a preparatory authority ahead of the Government’s examination of the licence application, forwarded its formal findings to the Government of Sweden. 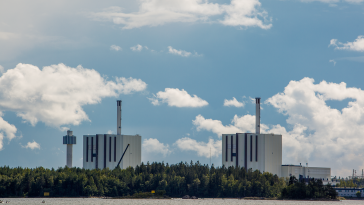 Sweden's eighth national report under the CNS submitted to the IAEA

Every third year, the Swedish Radiation Safety Authority, SSM, compiles a report on how the Swedish Government, authorities, licensees and nuclear power plant owners comply with their respective commitments under the Convention on Nuclear Safety, CNS. SSM has an assignment from the Government to produce this report. Sweden’s eighth national report has now been submitted to the International Atomic Energy Agency, IAEA, which serves as the Convention’s secretariat. In the report, changes are described that have had an impact on the Swedish nuclear power industry during March 2016-April 2019, as well as the present situation for the industry.

Some of the Swedish Radiation Safety Authority’s regulations (SSMFS) are available in English.